What is the risk of colorectal cancer?
Colorectal cancer is the second most common cancer in the United States. The average person’s lifetime risk of developing it is about one chance in 20. The risk is increased if there is a family history of colorectal polyps or cancer, and is still higher if there is a personal history of breast, uterine or ovarian cancer. Risk is also higher for people with a history of extensive inflammatory bowel disease, such as ulcerative or Crohn’s colitis.

What is screening and surveillance?
Many polyps and cancers of the colon and rectum do not produce symptoms until they become fairly large. Screening involves one or more tests performed to identify whether a person with no symptoms has a disease or condition that may lead to colon or rectal cancer. The goal is to identify the potential for disease or the condition early when it is easier to prevent or cure. Surveillance involves testing people who have previously had colorectal cancer or are at increased risk. Because their chance of having cancer is higher, more extensive or more frequent tests are recommended.

Later in the brochure, the tests and risk groups are defined. Also, your physician can further explain the tests and their value to you.

Why should testing be undertaken?
Colorectal cancer is known as a “silent” disease, because many people do not develop symptoms, such as bleeding or abdominal pain until the cancer is difficult to cure. In fact, the possibility of curing patients after symptoms develop is only about 50%. On the other hand, if colorectal cancer is found and treated at an early stage, before symptoms develop, the opportunity to cure is 80% or better. Most colon cancers start as non cancerous growths called polyps. If the polyps are removed, then the cancer may be prevented. Major surgery can usually be avoided.

What screening tests should be done?
The simplest screening test for colon and rectal cancer is testing of the stool to detect tiny amounts of invisible blood; this is called fecal occult blood testing.This test has been available for many years, is inexpensive and very simple. Unfortunately, it only detects cancer or polyps which are bleeding at the time of the test. Only about 50% of cancers and 10% of polyps bleed enough to be detected by this test. Therefore, further screening is necessary for accurate detection of cancers and polyps.

Flexible sigmoidoscopy is a test which allows the physician to look directly at the lining of the colon and rectum. During this test, which is performed in the physician’s office, the lining of the lower one-third of the colon and rectum can usually be seen. This is the portion of the lower intestine which accounts for most polyps and cancers. When flexible sigmoidoscopy is combined with testing the stool for hidden blood, many cancers and polyps can be detected.

When a polyp or cancer is detected by flexible sigmoidoscopy, or if a person is at high risk to develop colon and rectal cancer, colonoscopy provides a safe, effective means of visually examining the full lining of the colon and rectum. Colonoscopy is used to diagnose colon and rectal problems and to perform biopsies and remove colon polyps. Most colonoscopies are done on an outpatient basis with minimal inconvenience and discomfort.

When and how often should testing be done?
For people who have none of the risks described earlier, digital rectal examination and testing of the stool for hidden blood are recommended annually beginning at age 40. Flexible sigmoidoscopy is recommended every 5 years at age 50 or older. A double contrast barium enema every 5 to 10 years, and colonoscopy every 10 years are acceptable alternatives.

Surveillance is recommended for people in the following high-risk groups:

Who does the screening and surveillance?
The simpler tests such as digital rectal examination, fecal occult blood testing, or flexible sigmoidoscopy may be performed by your primary care physician or your surgeon. They can also arrange for colonoscopy to be performed by a specially trained physician, such as a colon and rectal surgeon.

Polyps of the Colon and Rectum

Polyps are abnormal growths rising from the lining of the large intestine (colon or rectum) and protruding into the intestinal canal (lumen). Some polyps are flat; others have a stalk.

Polyps are one of the most common conditions affecting the colon and rectum, occurring in 15 to 20 percent of the adult population. Although most polyps are benign, the relationship of certain polyps to cancer is well established.

Polyps can occur throughout the large intestine or rectum, but are more commonly found in the left colon, sigmoid colon, or rectum.

What are the symptoms of polyps?
Most polyps produce no symptoms and often are found incidentally during endoscopy or x-ray of the bowel. Some polyps, however, can produce bleeding, mucous discharge, alteration in bowel function, or in rare cases, abdominal pain.

How are polyps diagnosed?
Polyps are diagnosed either by looking at the colon lining directly (colonoscopy) or by x-ray study (barium enema).

Colonoscopy uses a longer flexible instrument and usually permits inspection of the entire colon. Bowel preparation is required, and sedation is often used.

The colon can also be indirectly examined using the barium enema x-ray technique. This examination uses a barium solution to coat the colon lining. X-rays are taken, and unsuspected polyps are frequently found.

Although checking the stool for microscopic blood is an important test for colon and rectal disorders, a negative test does NOT rule out the presence of polyps. The discovery of one polyp necessitates a complete colon inspection, since at least 30 percent of these patients will have additional polyps.

Do polyps need to be treated?
Since there is no fool-proof way of predicting whether or not a polyp is or will become malignant, total removal of all polyps is advised. The vast majority of polyps can be removed by snaring them with a wire loop passed through the instrument. Small polyps can be destroyed simply by touching them with a coagulating electrical current.

Most colon examinations using the flexible colonoscope, including polyp removal, can be performed on an outpatient basis with minimal discomfort. Large polyps may require more than one treatment for complete removal. Some polyps cannot be removed by instruments because of their size or position; surgery is then required.

Can polyps recur?
Once a polyp is completely removed, its recurrence is very unusual. However, the same factors that caused the polyp to form are still present. New polyps will develop in at least 30 percent of people who have previously had polyps. Patients should have regular exams by a physician specially trained to treat diseases of the colon and rectum. 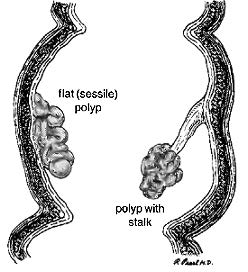 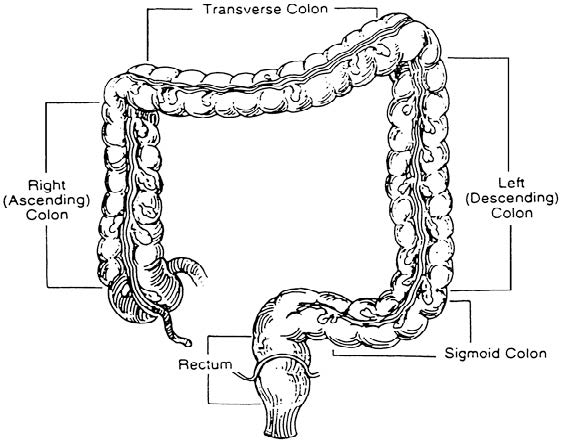 Metagenics is spearheading the movement to make nutrition a first line therapy in the prevention and treatment of disease, and the promotion of optimal health.